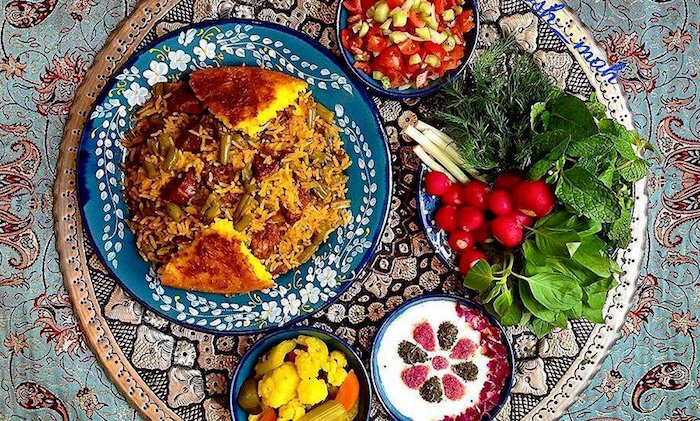 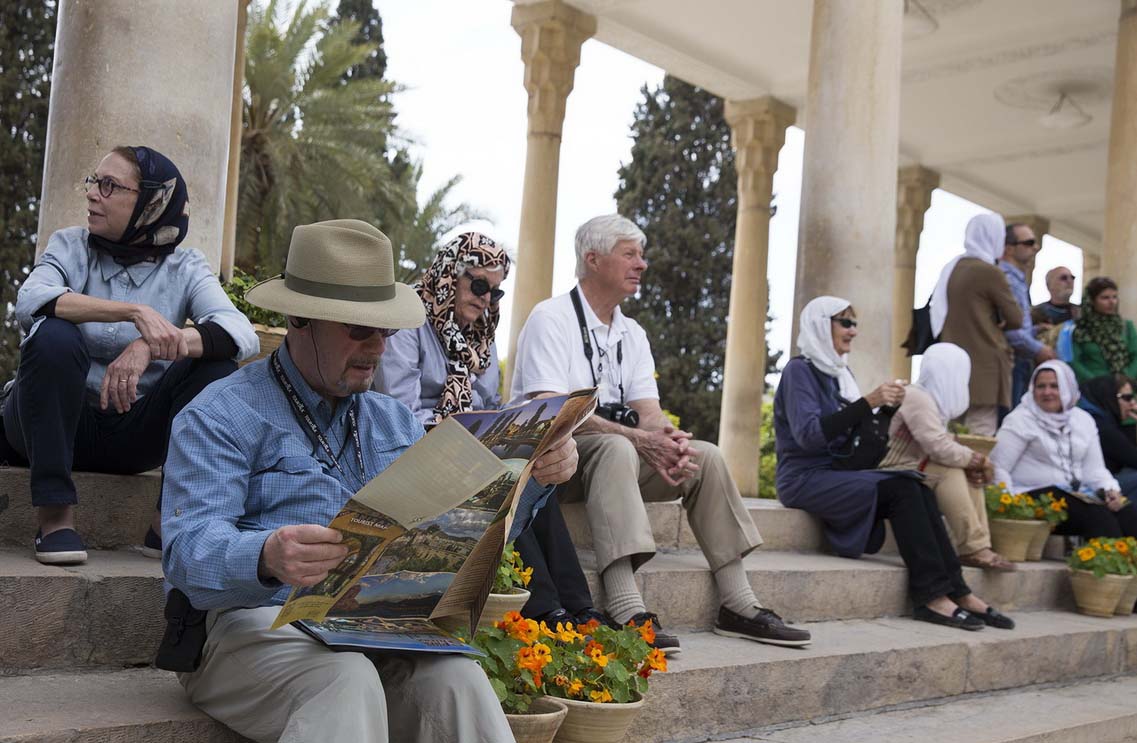 Vakil complex is one of the most famous historical places located in the heart of shiraz . This complex includes bazaar  , mosque and historic bath which are must visit spots.

This collection of art and tradition was built by order of Karim Khan Zand the king of Iran about 200 years ago when Shiraz was the capital city of Iran .

Vakil Bazaar is a traditional and commercial center in Shiraz which is one of the attractions of Vakil complex.It was originally founded by the Buwayhids in the 11th century and was fulfilled completely by Atabak Fars and was renamed after Karim Khan Zand in the 18th century . It was registered in Iran National Heritage list in 1972.

This large and well-designed structure has some features that attracts tourists and locals. The arched brick ceilings with some apertures stop the direct glow of the sun and balance the temperature, so it is not warm in the summer and cover from rain in winter.

It has five pass ways with two columns of shops which are one meter higher than grand floor for avoiding moisture. Furthermore , it has five grand doors in its 4 corners and there are more than 100 shops.

Vakil Bazaar includes different parts which are named after things sold there like tailors bazaar , glass bazaar ,sword bazaar,…. There are variety of choices, spices, textiles,handicrafts,handmade carpets which allows you enjoy all smells and colours and buying sevenirs from very cheap price to thousands of dollars.

Also it is an authentic local bazaar with fantastic photo opportunities . In the middle of bazaar there are open areas for tea,coffee and faloode (rice noodles served with a sweet rose syrup)which is highly recommended .In addition, numerous cafes are located for eating some traditional food. 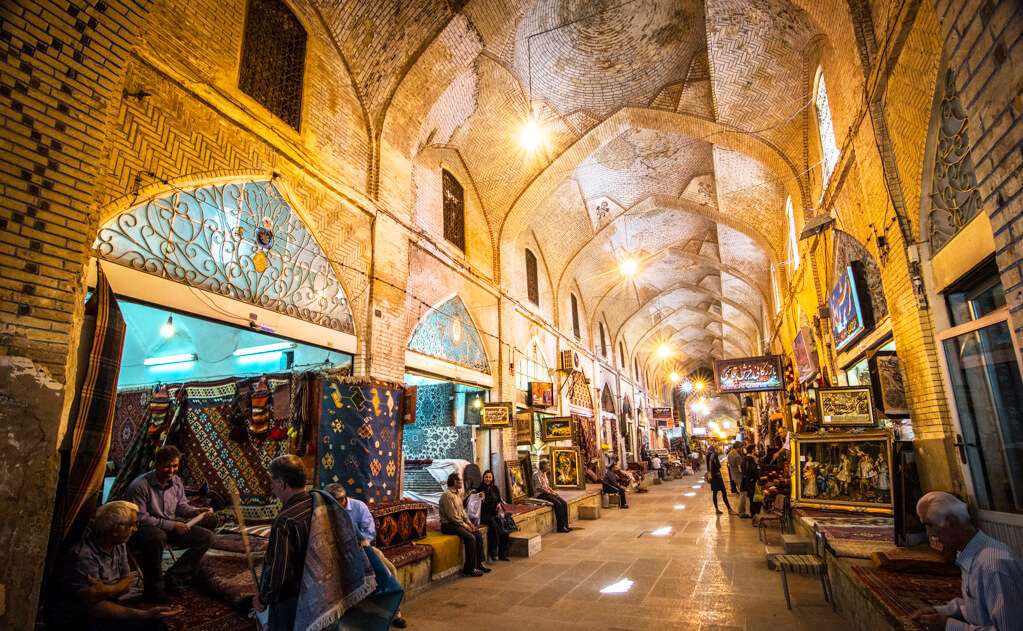 Vakil Bath is located next to Vakil Bazaar and in the western part of Vakil mosque. It was built for public under the command of Karim Khan Zand ,the ruler of Iran in 1760 .It was sensitively structured according to the cloakroom in angular form to prevent cold air entering and heat exiting .There are two great boilers in the south of the bath to heat the water and there are some beautiful marble pools.The most interesting issue is the light of bath which is provided by the glasses in the ceiling that is really impressive. Also, there are many admiring paitings on the walls of bath . It was in use from Zandiyeh to Pahlavi era as a public bath  house and after that it turned into a museum . It is one of Shiraz attractions and there are some statues inside to show visitors how the washing used to go on and help them understand the bath culture in ancient times. 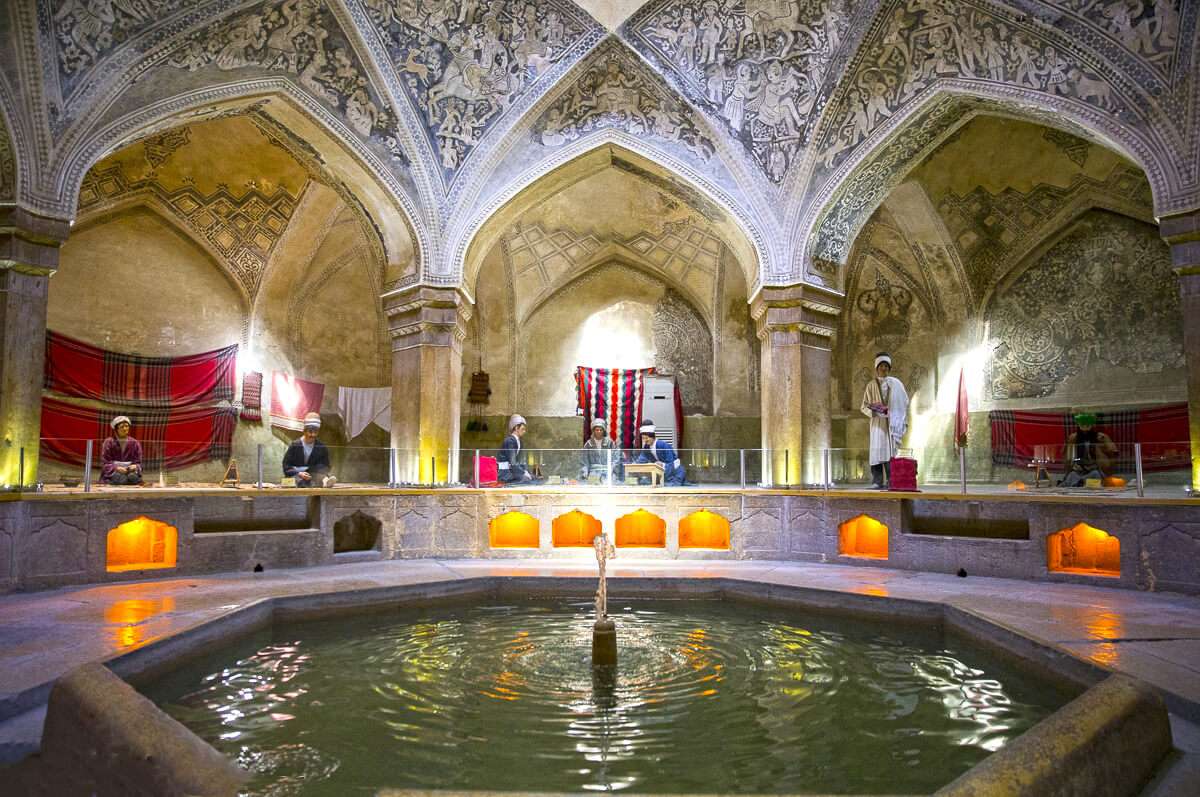 Vakil or Soltani mosque was built in Zandiyeh era in 1773. It covers an area of 11000 square meters which is located in the vicinity of Vakil Bazaar and Vakil Bath.Vakil Mosque architecture is a delicate combination of art and engineering which is full of colourfull tile works and superb carvings.

Vakil mosque includes two verandas (iwans), southern and eastern seraglio (shabestan),entrance,corridors, vast courtyards with a long pool , arches , Islamic pulpit (minbar) and alter (mihrab).The amazing part is southern seraglio with its 48 spiral columns. The cravings on columns are fabulous.There is a marble pulpit which has 14 steps and there are appealing tileworks and elegant use of colours on the larg seraglio arch which attract all visitors. 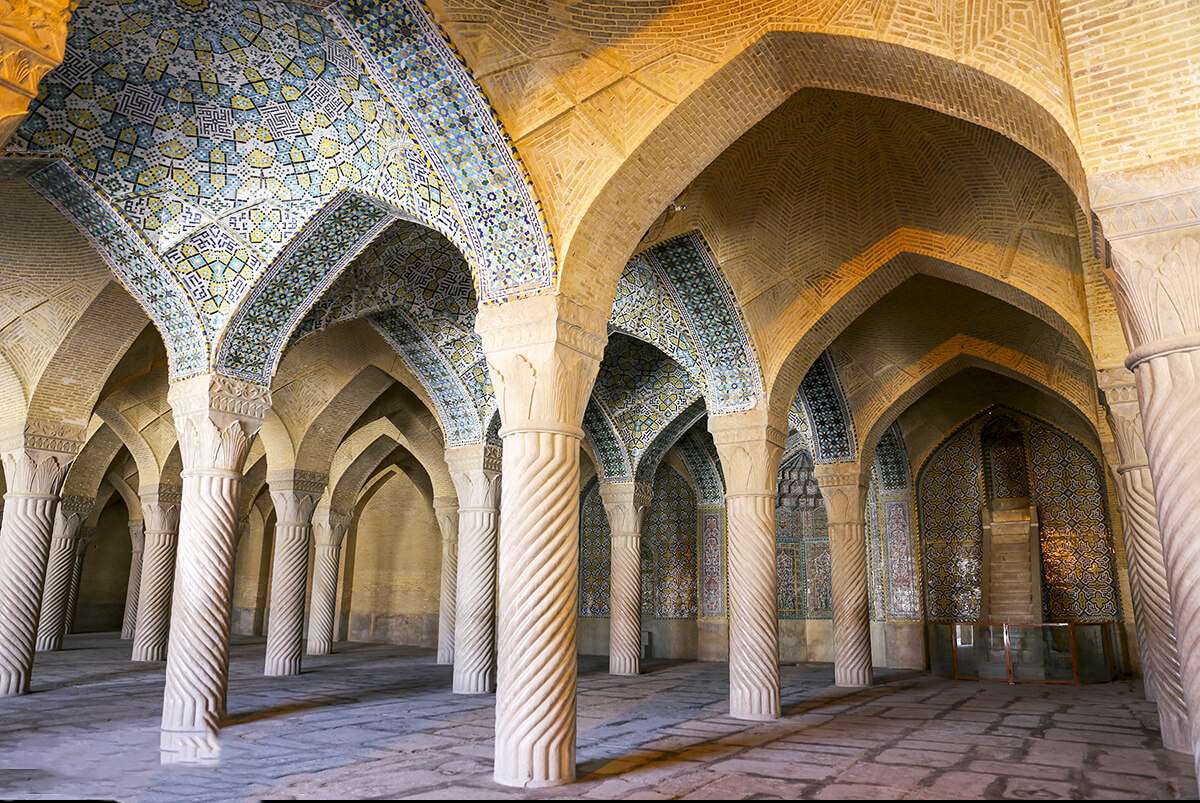 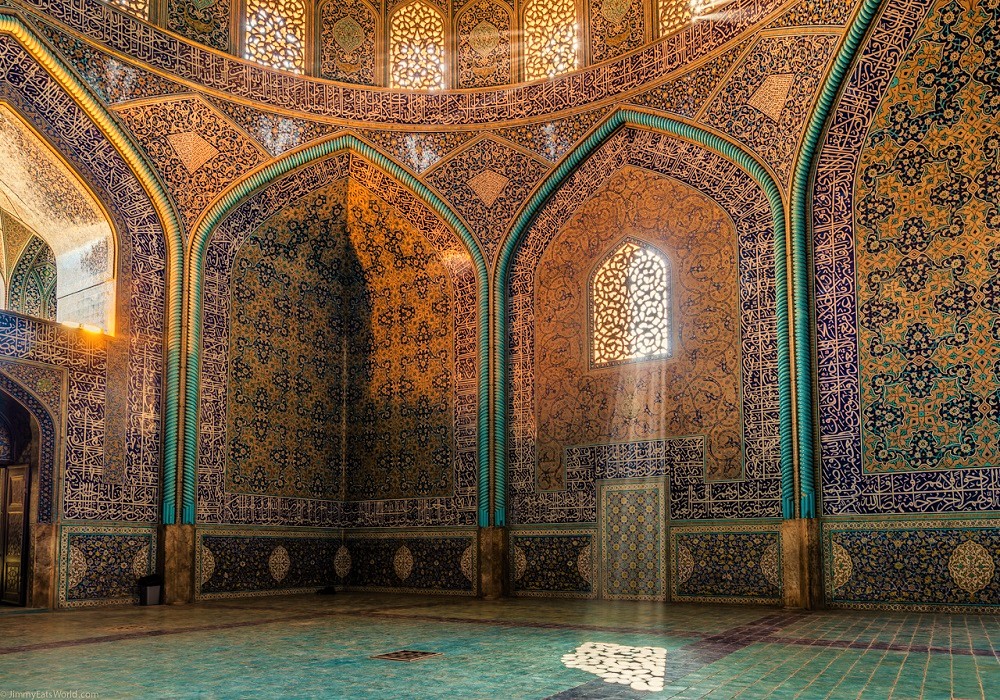 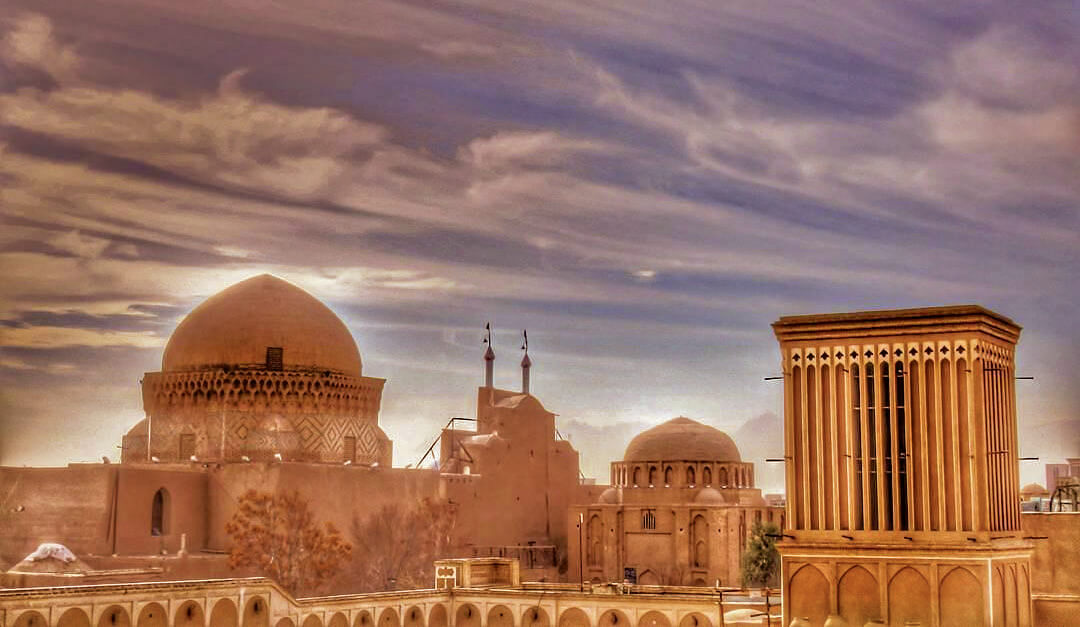 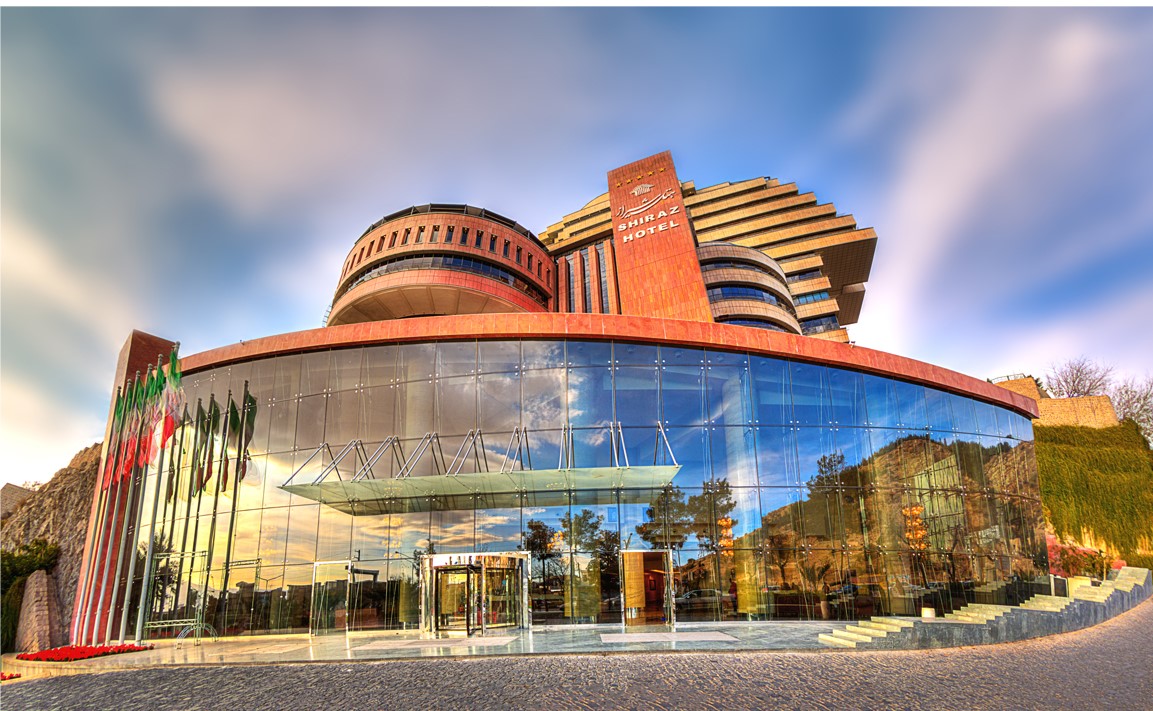 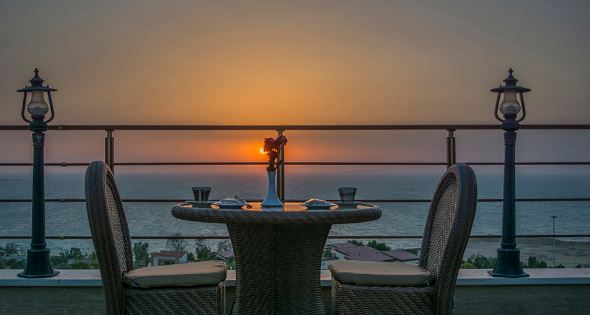